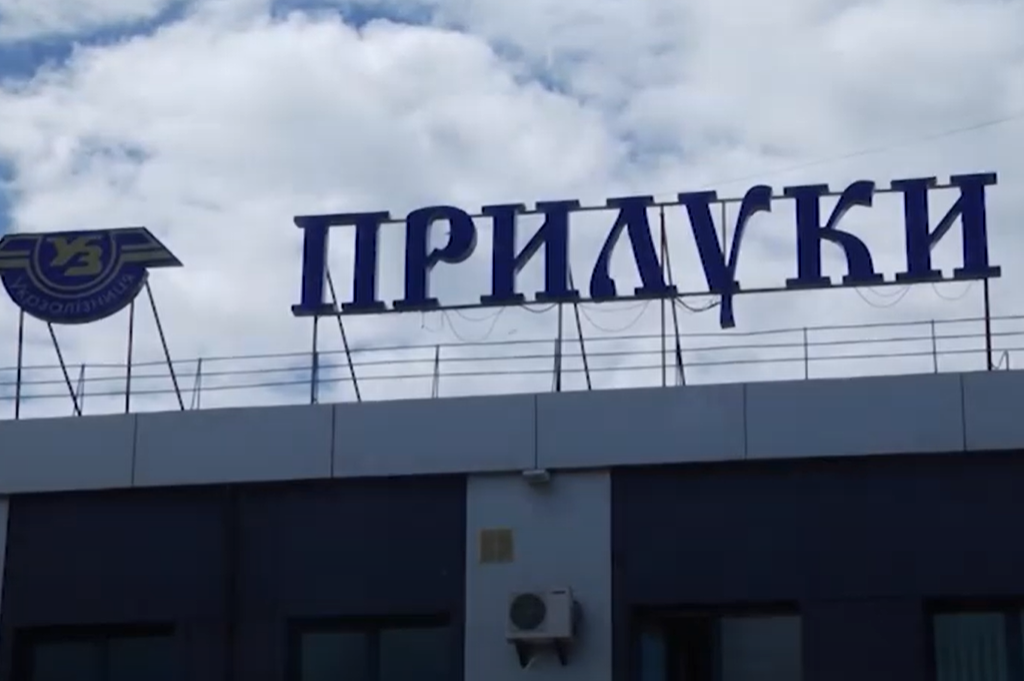 (англ.) On the ME Pryluky Television Company’s material

In its television story about a conflict between the Pryluky Cossack Regiment and the Pryluky Veterans’ Organization, the Communal Enterprise Pryluky Television Company, covered the conflict failing to adhere to professional standards with respect to balanced, complete, impartial and objective information, in violation of the provisions of Par. C of Part 1 of Art.59 on the Law of Ukraine On Television and Radio Broadcasting, Art.7 and 8, Para.2 and 4 of Art.9 of the Editorial Charter of the Communal Enterprise Pryluky Television Company.

І. Circumstances of the case

1. The Independent Media Council received a request from the Municipal Enterprise Pryluky Television Company (letter No.53, dated June 10, 2020) to express the Council’s position and opinion on whether a television story produced by this Company conforms to journalistic standards and the norms of the Ethics Code of Ukrainian Journalists.

2. On July 16, 2020 the Independent Media Council recognized the request regarding this case as acceptable, given the significance of the media material for public opinion in the city of Pryluky and this precedent’s overall significance with regards to local media.

3. A video recording of the story was attached to the request. The story covers the position of the Pryluky Veterans’ Organization in their conflict with the Pryluky Cossack Regiment (the conflict broke out between the Regiment and the city’s mayor, a lawsuit was initiated, the Regiment’s leadership accused the Veterans’ Organization of supporting the city authorities). Starting with a brief introduction about the billboards put up by the Cossack Regiment, the television story of less than 15 minutes is almost entirely devoted to the position held by the representatives of the Veterans’ Organization, repudiating the accusations of being involved with the city authorities, claiming that they came to the court hearing on their own initiative, calling the accusations coming from the Cossack Regiment’s leader inappropriate, and demanding apology from him.

Article 34. Everyone is guaranteed the right to freedom of thought and speech, and to the free expression of his or her views and beliefs.

Everyone has the right to freely collect, store, use and disseminate information by oral, written or other means of his or her choice.

The exercise of these rights may be restricted by law in the interests of national security, territorial indivisibility or public order, with the purpose of preventing disturbances or crimes, protecting the health of the population, the reputation or rights of other persons, preventing the publication of information received confidentially, or supporting the authority and impartiality of justice.

1. Everyone has the right to freedom of expression. This right shall include freedom to hold opinions and to receive and impart information and ideas without interference by public authority and regardless of frontiers. This Article shall not prevent States from requiring the licensing of broadcasting, television or cinema enterprises.

2. The exercise of these freedoms, since it carries with it duties and responsibilities, may be subject to such formalities, conditions, restrictions or penalties as are prescribed by law and are necessary in a democratic society, in the interests of national security, territorial integrity or public safety, for the prevention of disorder or crime, for the protection of health or morals, for

the protection of the reputation or rights of others, for preventing the disclosure of information received in confidence, or for maintaining the authority and impartiality of the judiciary.

3. Law of Ukraine On Television and Radio Broadcasting

Article 6. Impermissibility of abuses of freedom of action on the part of broadcasting organizations

2. Broadcasting organizations shall not be used to:

Article 59. 1. The broadcasting organizations shall:

2. Serving the interests of the government or owners but not society is a breach of the ethics code.

6. Respecting public’s right to complete and objective information about facts and events is a journalist’s first duty. Journalists and editors must take steps to check the reliability of all reports, video and audio materials coming from public, freelancers, press services and other sources.

9. Facts, judgments and assumptions have to be clearly separated from each other. Spreading information containing biased, unfounded accusations is unacceptable.

21. …journalism should not alter truthful, impartial information or honest opinions, or exploit them for media purposes, in an attempt to create or shape public opinion, since its legitimacy rests on effective respect for the citizen’s fundamental right to information as part of respect for democratic values. To that end, legitimate investigative journalism is limited by the veracity and honesty of information and opinions and is incompatible with journalistic campaigns conducted on the basis of previously adopted positions and special interests.

Article 6. The principles of editorial policy regarding accuracy of information:

The journalists of the Pryluky Television Company should proceed from the fact that accuracy of information is defined by preserving its original content in order to not mislead the audience, by adhering to the following rules:

• information should be provided in full, and in addition to covering the event itself, it is necessary to try to provide information about the time and place, its participants and the most significant circumstances surrounding it;..

Article 7. The principles of editorial policy regarding unbiased information.

The journalists of the Pryluky Television Company have to proceed from the fact that unbiased information means equal treatment of all persons taking part in the events or being the guests of television programs, by adhering to the following rules:

• the persons coming under criticism during a television program should have an opportunity to respond to the criticism within the same program.

Article 8. The principles of editorial policy regarding objective information

The journalists of the Pryluky Television Company should proceed from the fact that objective information is defined by preventing, to a fullest possible extent, a journalist’s personal attitude from influencing the information’s content in the course of preparing and broadcasting it, by adhering to the following rules:

• it is necessary to provide all directly concerned with the opportunity to comment on the event; if it is impossible for all to give their comment, no less than two comments should be provided for the opposite points of view;

• it is necessary to strictly observe the program’s rules, with the rules of speech being the same for all the program’s participants, communicated to them in advance.

Article 9. The principles of editorial policy regarding balanced information

The journalists of the Pryluky Television Company should proceed from the fact that balanced information is defined, on the one hand, by direct dependence between public interest toward an event and its coverage on the air, and, on the other hand, by equal treatment of all public and political forces and actors, by adhering to the following rules:

• proper balance does not require complete neutrality with respect to every issue, or deviation from the basic democratic principles of freedom of speech and creative activity; it is not achieved using mathematical methods, i.e. by balancing out one expressed idea with an opposite one; the balancing aims to cover as wide a range of thoughts and views as possible;

• the balancing should correspond to the topic under discussion and the telecast type;

• if a series of related telecasts are aired to cover the same or similar issues, balance may be ensured by the entire series. The authors’ intention to attain impartiality in this way should be planned in advance and communicated to the audience. However, if a series of telecasts features totally different and unrelated issues, balance should be ensured in each such telecast separately.

III. Assessment of the compliance with the regulation and professional standards

1. Free, legitimate criticism of government bodies on the part of civil society is characteristic of a country’s normal democratic life. However, this case represents mutual criticism of two civil society organizations, that of the Cossacks and the veterans. The Independent Media Council directly examines the Veterans’ Organization’s response to criticism as covered in the media. In this opinion, the Council considers the actions of the media that produced and disseminated the news story containing the Veterans’ Organization’s response, since evaluating whether the organizations’ mutual claims are true or well founded is beyond the purview of the Council, and the validity of the statements made by Chieftain of the Cossack Regiment regarding the city’s mayor are to be established in a court of law.

2. Suspecting one of the civil society organizations of being involved with the city authorities and its response to such accusations is definitely a matter of public interest that should be covered in the media. However, journalistic materials should abide by the laws of Ukraine and professional ethics, and be created taking into account the rights and lawful interests of the parties to the conflict, as well as the media’s audience.

3. In the television story, the background to the Veterans’ Organization’s response was outlined very broadly at the beginning: billboards criticizing the city authorities are said to have been put up, the mayor filed a lawsuit, and representatives of the Veterans’ Organization came to the court hearing, resulting in the veterans being accused across social networks of “being used.” The television host did not say anything about how exactly those accusations sounded or who they came from, nor did he explain their details (specifically, whether they were well founded, etc.). Almost immediately, it was said that “these respected city residents expressed a desire to respond to the accusations and insults directed at them,” followed by three different representatives of the Veterans’ Organization speaking for a little less than 14 minutes of air time.

We are not talking about delayed balance in this case (presenting a position of the opposite party to a conflict in another program of the same series), since the telecast in question did not notify the viewers about presenting Tkachenko’s position in another program (Par.4 Art.9 of the company’s Editorial Charter). The channel failed to meet the goal of covering as wide a range of views as possible, as declared in the Editorial Charter (Par.2 Art.9).

5. As mentioned earlier, the substance of the accusations on the part of the chieftain of the Cossack Regiment toward the Veterans’ Organization was only outlined broadly and his commentary was not provided, just like the position of independent experts. The television viewers did not get material information about the matter at hand, i.e. this was also a breach of the professional standard of complete information (Par.6 of the Ethics Code). In fact, such incomplete information follows from an unbalanced story, as noted earlier..

6. Taking into consideration the fact that the position of the chieftain of the Cossack Regiment was not presented in the telecast and that the story itself represented the opposite party’s point of view for over 10 minutes as told by its three different representatives, the coverage of this issue on the part of the channel can be considered biased toward the Pryluky Cossack Regiment (breach of Art.7 of the Company’s Editorial Charter). The coverage of the conflict in the television story is not objective (Par.C of Part 1 of Art.59 of the Law of Ukraine On Television and Radio Broadcasting, Par.6 of the Ethics Code, Art.8 of the Editorial Charter), presenting only one subjective point of view.

7. The Independent Media Council has taken into account the fact that the television story was disseminated by the Company – a municipal enterprise of the Pryluky City Council, and the city authorities are also in conflict with the Pryluky Cossack Regiment’s leadership. However, currently, there is no sufficient basis for drawing conclusions about the city authorities’ direct influence on the process of producing the television story in question.

The Independent Media Council believes that in its television story about a conflict between the Pryluky Cossack Regiment and the Pryluky Veterans’ Organization, the Communal Enterprise Pryluky Television Company, covered the conflict failing to adhere to professional standards with respect to balanced, complete, impartial and objective information, in violation of the provisions of Par. C of Part 1 of Art.59 on the Law of Ukraine On Television and Radio Broadcasting, Art.7 and 8, Para.2 and 4 of Art.9 of the Editorial Charter of the Communal Enterprise Pryluky Television Company. 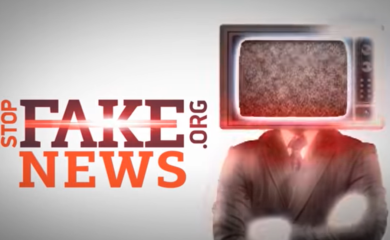 (англ.) Opinion No. 43 on feature article from Zaborona media on StopFake fact-checking project 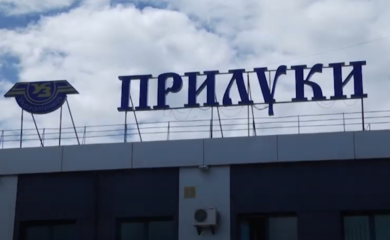