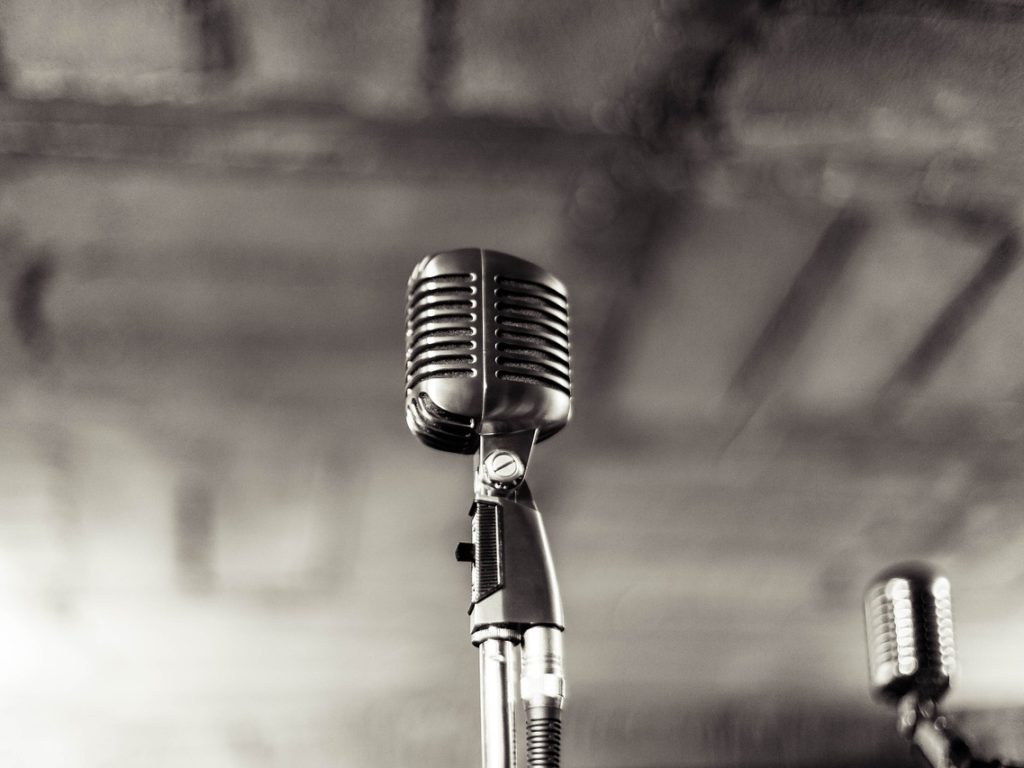 (англ.) Recommendation on the use of languages in the media

Some national media groups’ representatives regularly make statements about non-competitiveness of the Ukrainian language/Ukrainian-language product. Specifically, in 2019, TV host Oksana Marchenko argued that the new language legislation would “deprive Ukrainians of access to global science.”[1] Recently, Olena Yeremeyeva of 1+1 TV channel came up with the following statement: “It is not easy to find the tonality of the Ukrainian language for the viewer to take it in. According to our observations, TV dramas in Ukrainian get less views than comedies.”[2]

When considering the language aspect in the media, a number of both objective and subjective factors need to be taken into account.

1.1. Ukrainian (and, by extension, the rights of its speakers) used to systematically face restrictions imposed by the imperial center or the occupying state (e.g. the Emsky Decree, the Valuev Circular, etc). During the Soviet period, Ukrainian was officially recognized alongside Russian but the actual status of Russian was higher as a language of inter-ethnic communication in the USSR and the language of the largest group within the Soviet Union, including due to well-designed and de facto imperial policies of the Soviet regime itself.

1.2. According to Article 10 of the Constitution of Ukraine, Ukrainian is the state language and the state ensures its full development and functioning while also guaranteeing free development and use of Russian and other languages of the national minorities. At the same time, supporting the state language is not only an element of implementing general principles of the constitutional order ensuring unity of the Ukrainian people but also a means to ensure the language rights of Ukrainian-speaking citizens. Unlike other widespread languages (such as English, French, or Russian) that became so as a result of complex historical circumstances including colonization and seizure of territories, Ukrainian currently has an official status in Ukraine only. That is, Ukraine is the only place where Ukrainian-speaking citizens should enjoy all the conveniences that native speakers traditionally have in their own country. For example, it would be strange if an Italian-speaking Italian did not feel comfortable in the public sphere in Italy or a German-speaking German in Germany. That is, legislative policy in the language sphere is carried out not solely to ensure the status of the state language but also to ensure the rights of citizens whose mother  tongue is Ukrainian.

However, if due to the official status of the Ukrainian language the state has largely succeeded in making it the language of government bodies and their communication with private individuals, or the language of education, Ukrainian governments have failed to make even some formal steps in the context of guaranteeing the rights of Ukrainian-speaking persons to use and especially to obtain information in their native language (despite Russia’s aggressive policy of promoting the Russian language beyond its borders officially proclaimed in the early 2000s). The adoption in 2019 of the Law of Ukraine on Ensuring the Functioning of Ukrainian as the State Language in our situation does not guarantee full implementation of its provisions.

2.1. Discourse around language often contains judgments of those discussing it with regard to the prevalence of this or that language in Ukraine based on their own empirical observations in everyday life. But the subjective circle of communication and the information bubble of any person are not able to give them an objective picture of the language situation in the country. The high percentage of bilingual citizens should also be taken into consideration (20-30% depending on nationality and environment (at home and at work))[3]. That is, for native speakers of a certain language, their entourage and communication distorts the language situation rather in favor of their language (their conversation partners switch to their language; when searching for informational or entertaining content people choose products in their own language, etc). Thus, in the eyes of the Russian speakers their language is more widespread than Ukrainian.

2.2. As far as the Russian language is concerned, it should also be noted that it traditionally plays two roles in Ukraine: as a national minority language and as the language of the former empire. Imperial languages traditionally prevail and have a more powerful influence than the languages of colonized peoples. Colonization never took place without cultural pressure and forced assimilation that were and remain its important tools. Downgrading one’s own language, culture and society, as well as favoring the language and cultural product of the former empire is nothing but a manifestation of a post-colonial syndrome blocking true spiritual freedom. Some Ukrainian media managers and ordinary citizens are not unique in this at all. Similarly, in the former French colonies of North Africa, certain communities still favor French both for communication and receiving news from French media. Ukraine’s situation is special due to fighting a war for independence from the former metropolis still today, and the language issue is used in it as an effective weapon. Thus, for the aggressor country, any statements about alleged “backwardness” or “insufficiency” of the Ukrainian language are an invaluable way of delegitimizing Ukrainian statehood as such since an “imperfect” language could only produce “imperfect” statehood and, essentially, a failed state. The aggressor country will waste no time in using our post-colonial syndrome, pathological cultural dependence on the former metropolis, media managers’ desire for easy enrichment, and doubts about our own capacity, for territorial and spiritual occupation since it will not be possible to retain the conquered territories without spiritual colonization. During this historic period, national media must take great pains to not play the role of “useful idiots” supporting and promoting the aggressive foreign policy ambitions of the Russian Federation.

2.3. Apparently, media managers believe that changing the media’s broadcast language will affect their audience: as a result of the change (increase in the percentage) of the language of a TV channel, radio or print media, a part of the audience may “migrate” to other media that have not made the respective language switch. But even if we assume that such fears are grounded it does not mean that, as a result of language change, the media is sure to lose some part of its audience since another segment of the audience may migrate to it that is already targeting this media’s new language. However, in reality this process is slower than the audience loss described above, since for the media’s existing audience such a change is obvious immediately whereas for potential audience (who are consuming the media’s content yet) it is not so obvious. Therefore, any statements about audience loss following the changing of a TV channel’s broadcast language would be premature.

Considering the share of Ukrainian and Russian, it is also necessary to take into account the greater percentage of Russian and bilingual speakers in large cities and the predominantly Ukrainian language speakers in towns and villages[4] due, in particular, to the industrialization processes and migration during the imperial and Soviet times. For television, city audiences may be regarded as more commercially attractive with rural television ratings not even being measured. But since the radio frequency resource used for broadcasting is provided by the state (for details see the Law on Radio Frequency Resource of Ukraine and the Law on Television and Radio Broadcasting) certain population groups should not be placed in a privileged position based on the commercial considerations of the broadcaster while the needs of other social groups are ignored or marginalized.

2.4. Creating information products in a certain language logically calls for use of native speakers. Even if the overwhelming majority of Ukrainian citizens are considered to be fluent in the state language to an extent sufficient to understand it, it does not mean that anyone involved in the creation of information products in Russian will be able to create a Ukrainian-language product equally efficiently and well.

3.1. According to a national survey by the Ilko Kucheriv Democratic Initiatives Foundation conducted jointly with the Razumkov Center’s sociological service in December 2019, 81% of the citizens agreed that Ukrainian is an important attribute of Ukraine’s independence. It should be noted that this opinion is shared by the majority of respondents in all regions of Ukraine (e.g. 64% in Skhidne). Most citizens (79%) believe that at least half of the Ukrainian media’s content should be in Ukrainian (53% fully agree and another 26% rather agree) with similar views prevailing in all regions.

3.3. Two languages, even if they are similar to each other, differ in their characteristics such as the number of words and native speakers, developed terminology in a particular field, ways of constructing linguistic structures, etc. But every language is also a dynamic system able to change and evolve, and refusing to use a language quite logically impedes its development, particularly in the sense of blocking a new lexical stock to describe contemporary phenomena.

We are all familiar with the widespread humorous characteristics of different languages like French being the language of love and Italian the language of music, German being only for philosophers, and English topping the bill with regard to business correspondence. However, such biased opinions are acceptable only when meant as a joke, but they are ridiculous as a serious intellectual statement. After all, everyone who speaks more than one language is well aware that each language has unique words that simply do not directly translate into other languages, and, therefore, each language is rich and special in its own way. That is why preserving linguistic diversity is an important cultural task for humanity, which, unfortunately, continues to lose its less commonly used languages.

3.4. The Russian-language market for information products and services is objectively much larger than the Ukrainian-language market due to the difference in the number of native speakers of these two languages. Due to this, the economic scale effect reduces the cost of production of the Russian-speaking product making it commercially attractive in Ukraine. However, national media and content producers are still largely limited to exporting products to the Russian Federation and CIS countries ignoring the rest of the world, apparently for lack of courage to compete outside the former empire. At the same time, profiting from exports to the Russian Federation during a conflict with this country is a form of painful addiction to it and leads to devaluation of Ukraine’s assets in a short-, medium- and, especially, long-term perspective.

[4] https://tinyurl.com/t593xlb (it should be borne in mind that declaring Ukrainian as a mother tongue does not always imply its daily use). 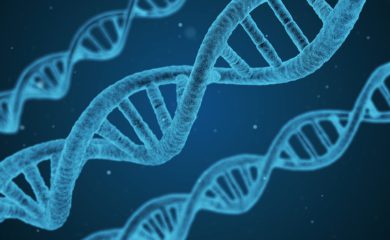 (англ.) Recommendation No 7. How to write about scientific research 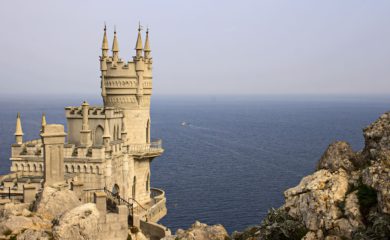